AMD gains 30% of the CPU market- Concern For Intel 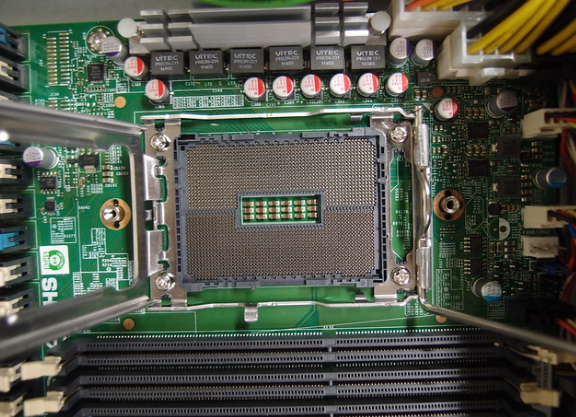 Evidence of AMD’s astounding streak has been surfacing the internet, data says that AMD now has over 30% of the CPU market, the best performance by AMD in over 12 years.

According to CPUBenchmark.net, Intel which previously had enjoyed its invincible hold over the CPU market now is slowly losing its share to AMD. While Intel still leads the game with a huge gap, AMD’s rise in market share reflects the fall in the Intel market share.

The once indomitable Blue team is now losing CPU market shares to the Red team.

As pointed by Wccftech, AMD sees an amazing 70% growth since it unveiled its Ryzen line of Processor in 2017. Ever since then, AMD has grown exponentially with positive critical reception for its products and Excellent sales, this could prove to be a threat for its old rival Intel. Intel is slowly losing its gain over the CPU market to AMD. AMD which was an underdog now holds over 30% of the CPU market, if this isn’t a threat for Intel, then what is?

CPUBenchmark.net, a website handled by PassMark. It collects data based on the benchmark tests, this tells that they get a pretty good idea of the kind of CPUs people are using nowadays, as long as they run those benchmarks. Therefore, CPUBenchmark.net just tracts the CPUs which are being used and not the ones being sold.

CPUBbenchmark.net has proved to be an excellent indicator of the movements in the CPU market share over time in the past, and the data it provides harmonize with the latest news that points that AMD’s Ryzen processors are doing quite well when it comes to sales. All this is nothing but a News flash for Intel.

If AMD continues to gain CPU market share, Intel will have a rough time and surely have a fight on its hands. Intel has already started to cut down the prices of some of its processors as a response to AMD’s outstanding performance. This CPU war between the red and the blue team is getting fascinating.