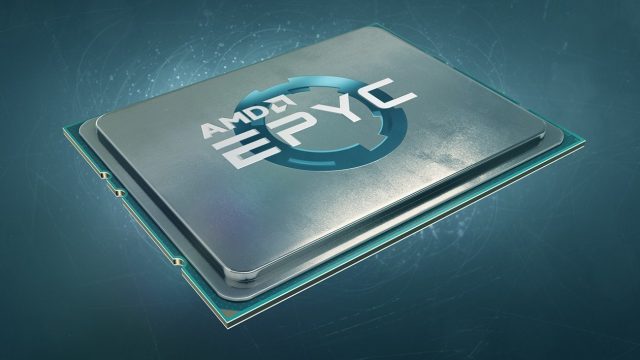 This seems a notable achievement not just for software, but also for the hardware as well. The 64-core EPYC 7742 features a 7nm manufacturing process and Zen 2 micro-architecture. Beamr Imaging achieved encoding 8K footage in real-time at a rate of 79 frames per second with 10-bit color requirements for High Dynamic Range.

The EPYC 7742, the world’s first 64 core x86 CPU features a standard general-purpose socket and Beamr encoding software used all 64 of these cores. The demand for encoding 8K footage in real-time has increased significantly as 8K displays have begun to make an appearance in the market, although these are not as common as 4K, over time these would become common just the way 4K did. One might be able to see live television in 8K soon, AMD and Beamr are taking this to the next level with the 7742’s streaming and encoding ability, keeping the 2020 Tokyo Olympics in mind.

There are a lot of challenges that are yet to be resolved before 8K becomes mainstream like a wider selection of 8K displays and sufficient internet bandwidth. But with AMD’s EPYC which is based on Rome architecture, it seems to have solved the issue of delivering sufficient amount of horsepower with a denser footprint, which should be able to provide sufficient imputes for display manufacturers and ISPs to offer more 8K display option and hopefully a faster Internals connection.

EPYC would be used for more than just TV, said AMD. These chips are also suitable for ‘premium video on demand’ like Netflix and Hulu. EPYC could also be used for “cloud gaming content streaming” to play games with services like Google Studio and GeForce Now. AMD is also having a big show this year with its new EPYC Rome at IBC 2019 which has broken world records in V-ray and Cinebench. In short, EPYC 7742 is a marvelous creation.